I hope y'all are ready to kick your Tiny Waste resolution up a notch, because this week, we are giving up disposable cups. Take a minute to go through a typical week and think about how many times you encounter the throw-away cup: cafes, restaurants, take out, fast food, gatherings... the little beasts are everywhere. Don't worry, we don't have say goodbye to Starbucks, we are just enjoying those thematic lattes without producing quite as much waste.

The problem with disposable cups

I can't be the only one that notices how many public trash cans are overflowing with disposable cups. And you know what? The trash can is exactly where they belong, since most aren't recyclable or compostable! Disposable cups are garbage that will go to a landfill and stay there for hundreds of years.

One argument that you might see for disposable cups is that they save water because you don't have to wash them. However, that ignores the amount of water used to make them. Let's take a better look at these little devils, shall we?

More than 500 billion disposable cups are used across the world every year. The three main types of single-use cups are paper, plastic, and styrofoam. All three are pure garbage.

The US alone throws away about 58 billion paper coffee cups every year. Paper cups seem harmless, until you realize that they are lined in plastic, thus making their mixed materials impossible to recycle or compost. According to an article from The Guardian, a typical paper coffee cup requires 2.5 litres to make the plastic lid, as well as 5.6 litres for the paper cup and sleeve. In addition, an estimated 9.4 million trees are harvested annually, just for cups. And, wait for it...every four paper cups are responsible for one pound of CO2.

Styrofoam, or polystyrene, is just another form of plastic that is estimated to make up 30% of US Landfills. Americans alone toss 25 billion styrofoam cups per year, that's 82 cups per person. And because it's not generally recyclable, 80% ends up in landfills while 20% ends up in waterways. According to NYMag.com polystyrene requires 12% of the water paper does for production, but its manufacturing is the fifth largest industrial producer of hazardous waste. To top it off, several of the precursors of Styrofoam have inherent human health risks.

The problems with styrofoam go on and on. For instance, the production, environmental and health costs of styrofoam add up to nearly $7 billion per year. If you'd like to read a little more, check out this report from greendiningalliance.org.

100 billion plastic cups are trashed every year in the US. Plastic is made from oil, which is a nonrenewable resource. While it is sometimes recyclable, only 1% of plastic cups are recycled. Plastic creates toxic pollution at every stage of its existence: manufacture, use, and disposal. Oh and plastic waste makes up 80% of marine debree.

I couldn't find exactly how much water is used to make one plastic cup, but it takes 1.85 gallons of water to manufacture the plastic for an average bottle of water...so I imagine it's comparable to that.

Yikes! So what should I use

One reusable cup can take the place of thousands of landfill-bound disposable ones. If it's coffee you're after, big chains like Starbucks and Dunkin' Donuts offer a discount if you bring your own cup! (See next paragraph for a note on the pandemic). You might even have a local cafe with a similar offer. Need a soda? Try filling your own cup at a gas station. I've filled my own on several road trips and never had a problem. Need water on the go? Try to think of a convenient water fountain. Also, soda fountains almost always have a little water tab next to one of the dispensers.

Now, let me address the current pandemic and it's effect on disposable cups. The numbers in this post are all based on research from 2018 and earlier, but based on observation alone, I imagine they've skyrocketed in the last year. As you probably know, big chains like Starbucks and Dunkin' Donuts put their reusable cup discount programs on hold to prevent the spread of Covid-19.

While this could be used as an excuse to put this week's resolution on hold, I encourage...no, I beg you to make the change now and do without the soda and coffee treats for a while. Or, use this compilation of 50+ Copycat Starbucks Recipes to make your own at home. 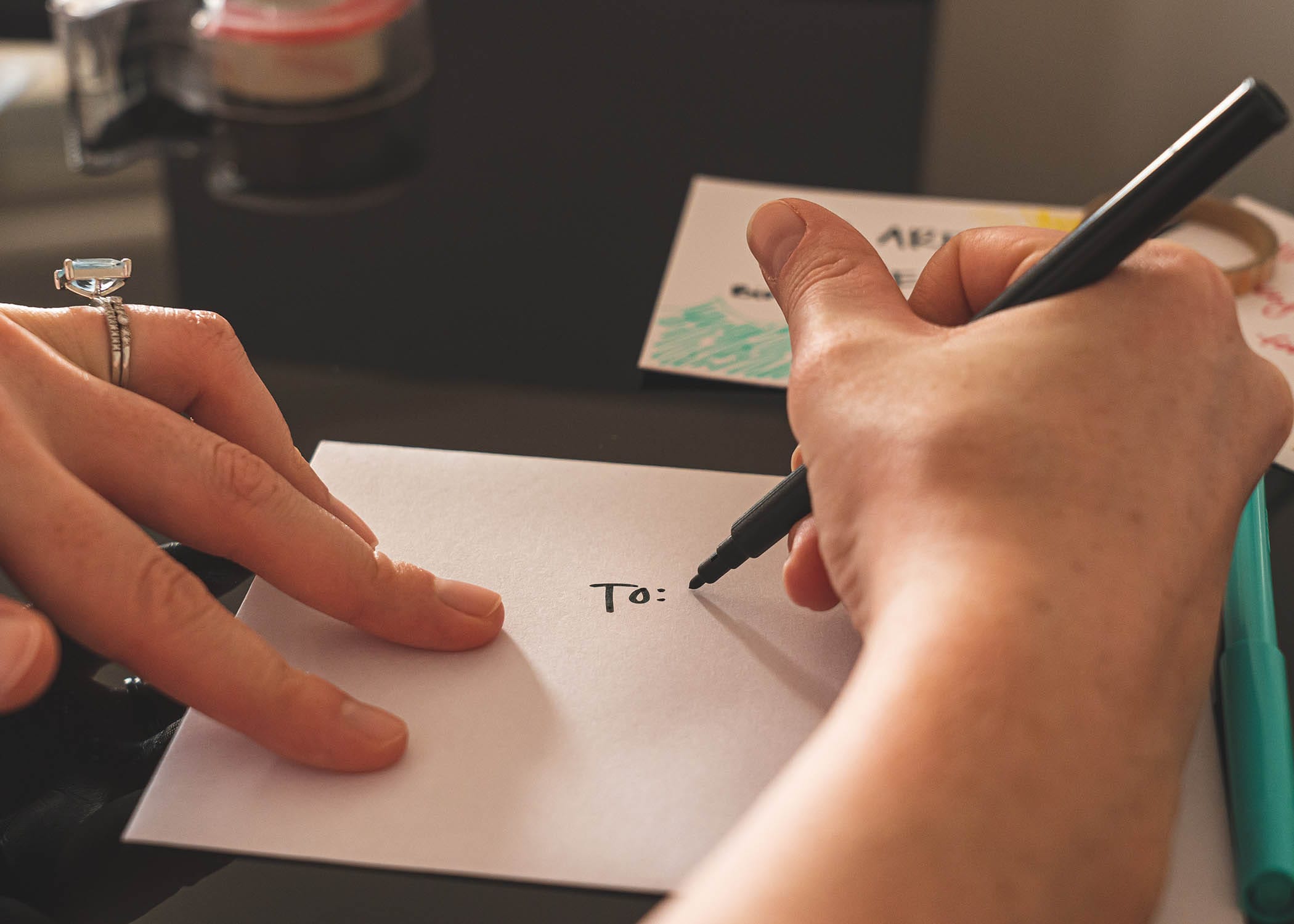 Letter of the Week: Asking a Cafe to Make Low-waste Effort 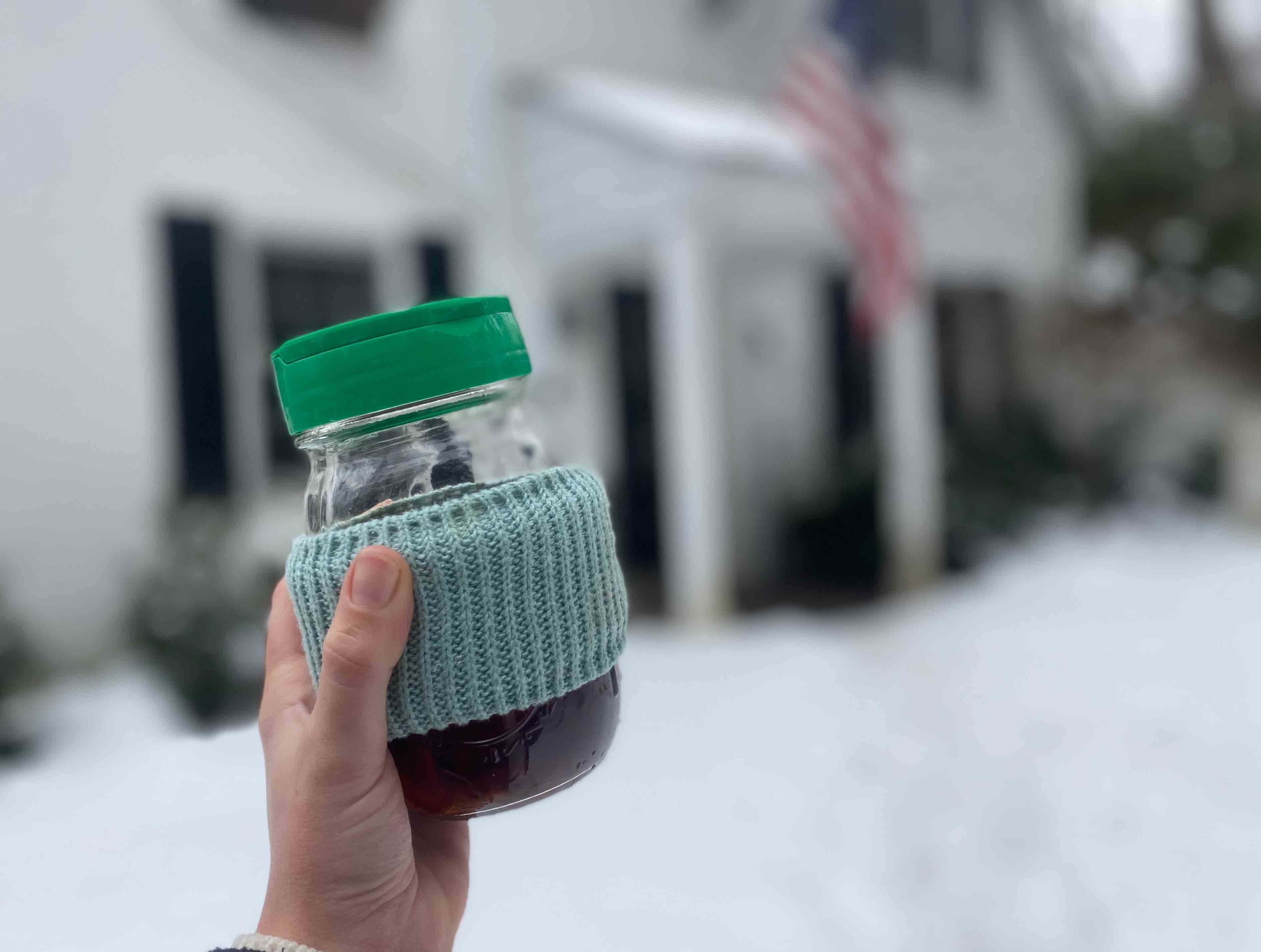 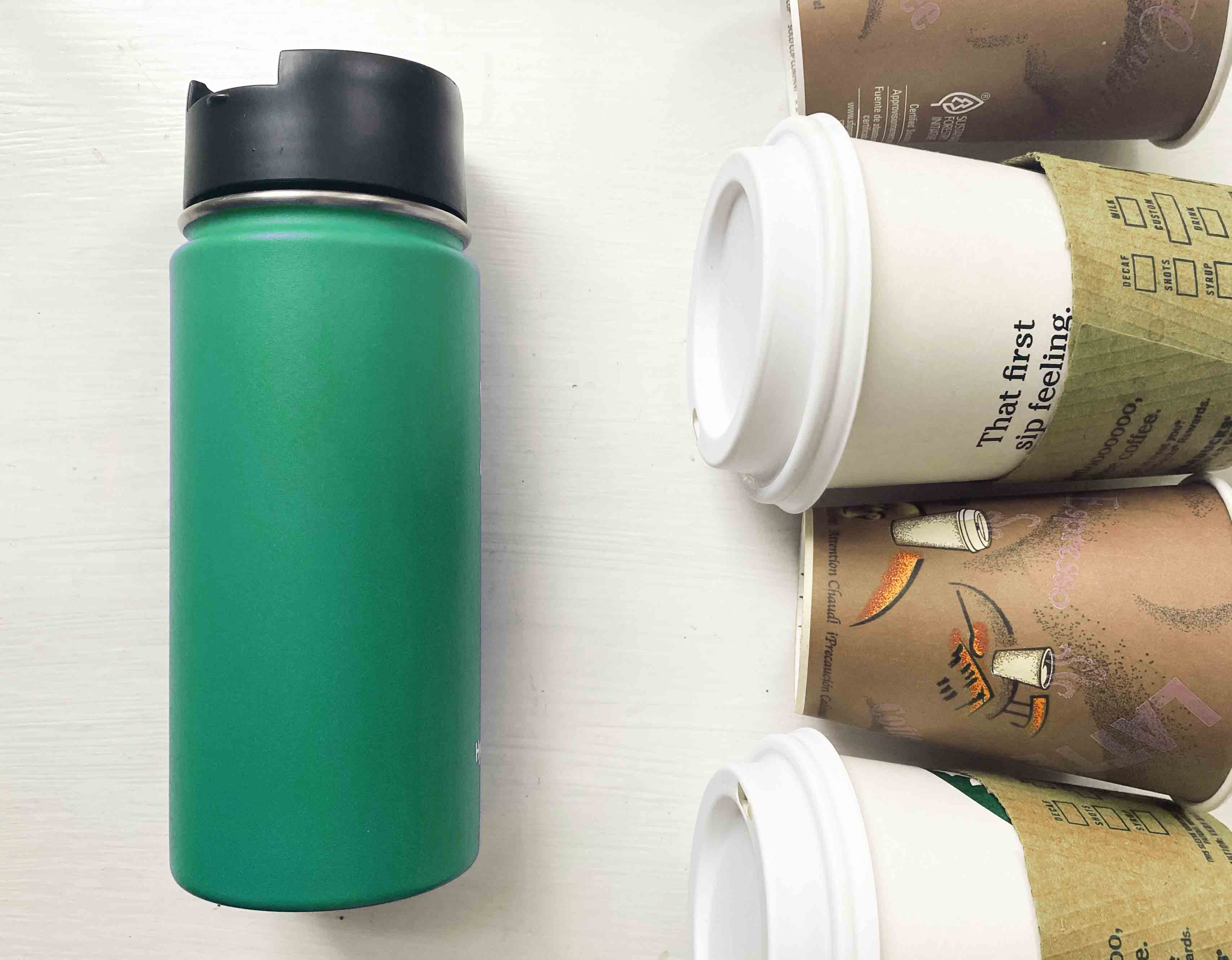