When I lived and worked in New York City, I got take-out for lunch every work day. This means that I, alone, used and threw away hundreds of disposable utensils every year. Gross.

In 2015, Americans placed 2 billion delivery orders. Imagine if only half of those orders included a set of disposable cutlery: how much unnecessary waste is produced every year? I can't even imagine how that number has skyrocketed since the global pandemic began.

What's the problem with disposable cutlery?

Most disposable utensils are made of plastic, which can take hundreds of years to break down. In the United States, more than 100 million plastic utensils are used every day. Some estimates have the United States throwing away 40 billion individual plastic utensils every year. According to Ocean Conservancy plastic cutlery and plastic bags are the deadliest sources of ocean trash, because they are most often mistaken for food.

Can plastic utensils be recycled?

There are probably some plastic utensils that can be recycled. Unfortunately, we get these disposables individually and they are rarely labeled for us to know for sure. Their size, inconsistent materials, and shape make them difficult to be recycled.

While wooden chopsticks are biodegradable, they aren't as innocent as they seem. Globally, 80 billion pairs of disposable chopsticks are used and thrown away every year. In China and Japan, manufacturers harvest over 20 million trees to keep up with that demand. So, while chopsticks aren't the biggest threat to the environment, we should definitely avoid deforestation for the purpose of single-use disposables.

What if they are compostable?

Can I wash and reuse disposable cutlery?

Reusing plastic utensils is not advised since they are meant to be disposed of after only one use. Most plastic utensils are made of polystyrene, which can release toxic chemicals when heated.

What should I use instead?

Reusable cutlery is always better than disposable and it's easiest to keep a set of utensils in your bag when you leave the house. While there are travel kits available for you to buy, you can always make a cutlery wrap and use a set from your kitchen. 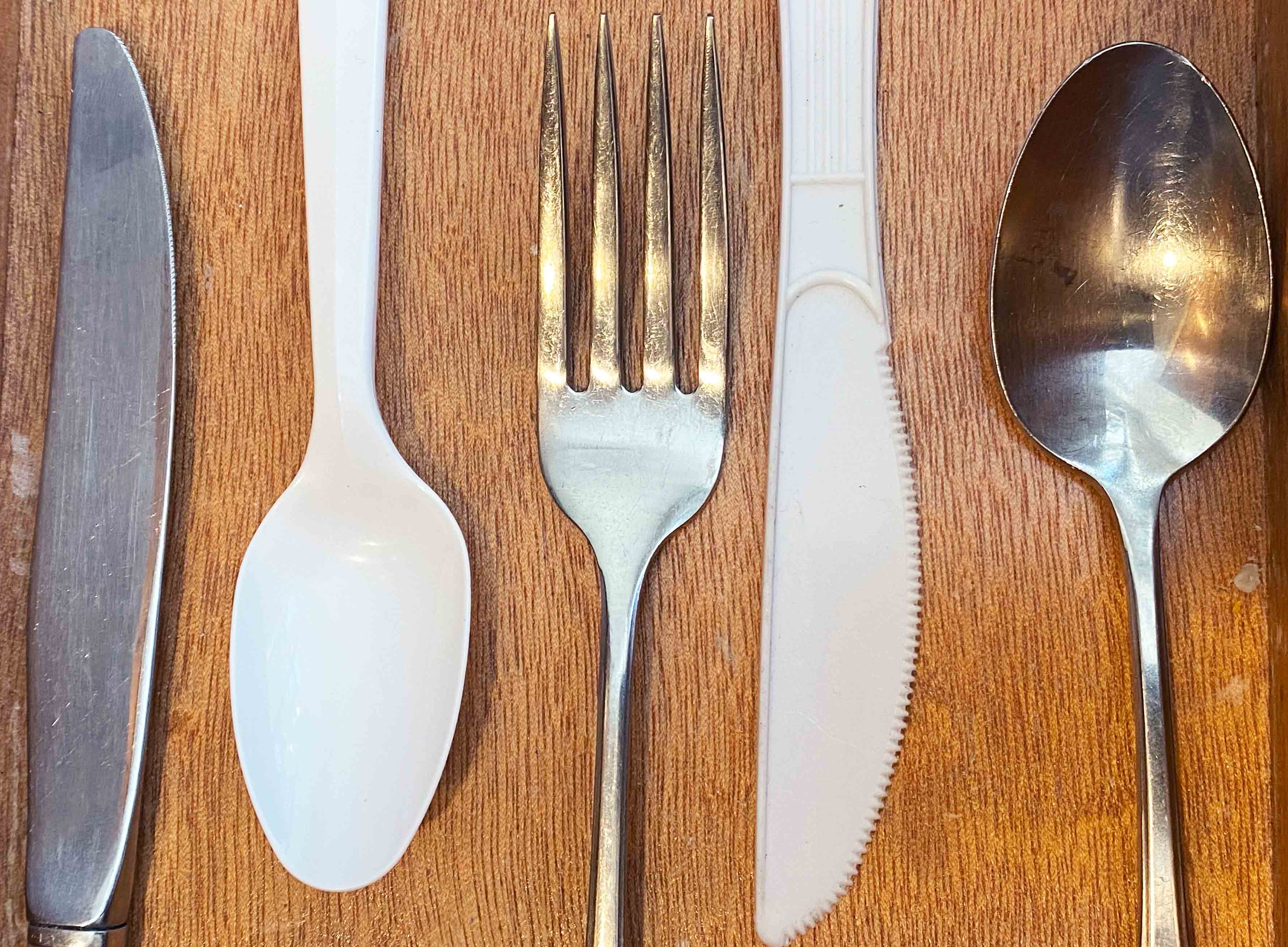 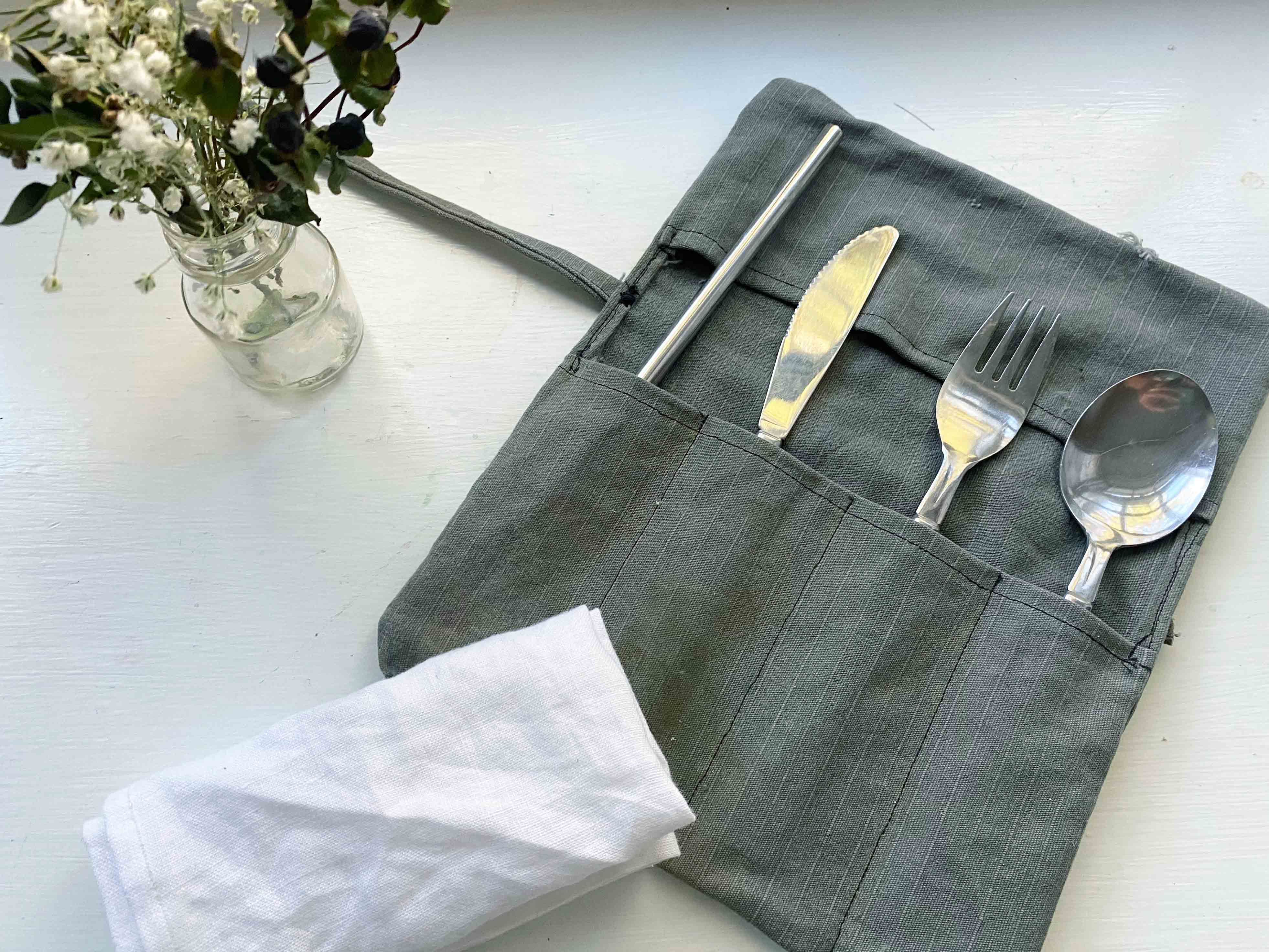